Food has been modifying the human progress throughout the history. The relationship of food and climate has always been at the core of evolutionary studies. You can teach it to your children at home by buying this kit and make it fun for them. The food – climate equation is once more pivotal in the evolution of the world however this time pre-historic fish is not expected to crawl out of the water and begin its evolution on the land and it is feared that we will have a journey to the center of the Earth. Though Jules Verne’s curiosity, espíritu and hunger for innovation could supposedly enlighten the road for the climate crisis activists in the U.S., it has become driving force of restaurant industry, especially of the fast-food industry.

Be it inner-city travel or inter-state one, you are chained to the cars if you wish to travel in the U.S where the border from the Atlantic to the Pacific and from Canada to Mexico is connected through highways. As an ideological neo-liberal unwritten rule, you have to factor in the individual comfort when it comes to devise solutions to the problems arising from the dependence to the cars. Drive-Thrus was a solution to Americans’ “problem” to make eating more convenient and it fits to this description. We have seen first Drive-Thrus in the 1930s. Those were the days in which Drive-Thrus was far away from being a part of the conversations of air pollution, obesity, respiratory tract diseases and climate change. Those were the days of the Great Depression.

Last August, Minneapolis City Council has banned the building of the new Drive-Thrus as a part of the plan to hit the target to reduce its gas emission 80% by 2050. The city of Minneapolis has joined to the likes of California, Missouri and New York all of which have various Drive-Thrus bans in effect for the purpose of reducing their gas emissions. As expected, there are comformists opposing to the ban on the basis of it making it easy for elderly and disabled to get service on fast-food venues. However, it still needs to be statistically proven what percentage of Drive-Thrus users are elderly and disabled. It happens that we have statistics proving why the ban of Drive-Thrus nationwide is a significant step in the fight against climate change. In 2018, Canadian scientists studied the environmental damage and social harm of Drive-Thrus within the frame of sustainability and urbanization.

Just like the climate fighters, industries also have projections for 2030. Drive-Thrus are one of the three main categories where the main growth of the restaurant industry, which is estimated to make a 1.2 billion dollars sale in 2030, is expected to be according to the report prepared by National Restaurant Association which is “supported” by Nestlé. The report anticipates that driverless cars will increase customers’ demand on Drive-Thrus. The read is that driverless cars will reduce time spent driving and security risks of eating while driving. So it all comes to how quick driverless cars can be mass-produced.

So, what’s the gas emission on Drive-Thrus which is intrinsically tied to automobile industry? According to QSR Magazine’s 2018 report, fast-food chains make 70% of their total sale in the U.S. through Drive-Thrus. While average order time was 225 seconds back in 2017, it became 234 seconds in 2018. QSR’s 2019 report shows that average order time in 2019 was 255 seconds. The explanation of the increase in order time is the insufficient LED order screens, the complex and customized orders which leads a decrease in order accuracy which itself leads a customer spent more time idling on Drive-Thrus… I’d like to cite a PhD dissertation from 2006 to explain better how enormous these numbers are in the context of climate change. -You may find numerous studies on this topic when you google it-.

Back in 2006, the population of the U.S. was roughly 296 million and 2% (approximately 6 million people) of Americans were using Drive-Thrus at least once a day. Kevin Michael Hutchinson’s PhD dissertation shows us that back in 2006 average order time was only 210 seconds. Based on his calculations, Hutchinson calculates that a population of 2% using Drive-Thrus at least once a day and spending an average of 210 seconds in line while idling causes a gas emission of 1,057,939,056 gram daily. Hutchinson argues that the most efficient way to reduce gas emission on Drive-Thrus is to reduce average order time 60 seconds which means 150 seconds (Let me remind you that as of 2019 average order time is 255 seconds). If this can be accomplished, Hutchinson calculates (all the variants stay same) a gas emission of 737,351,464 gram daily. However, it is just a simple mathematics fact to state that carbon dioxide emitted on today’s Drive-Thrus are way higher than that of what Hutchinson’s two separate calculations. Considering annual gas emission from idling individual car vehicles are roughly 30 million tons, Hutchinson’s calculation show how harmful Drive-Thrus are.

I would like to remind you of the fact that Hutchinson’s calculation was a result of sampling. This sampling was based on the lightest scenario. This study may give you what happens on other scenarios. The number of lines on Drive-Thrus, automobiles’ load capacity, idling, start-stop (which means much much more gas emission), if a Drive-Thru has a LED order screen or if the orders are placed and processed from the same counter or not, the accuracy of the order and asking customers if they want extras after taking their orders… All these variants lead an increase in gas emission in Drive-Thrus.

Drive-Thrus inspire entrepreneurs like Chad Eric Jones who calls himself “conscientious capitalist” to develop renewable energy projects and turn them into energy independent efficient projects. This article herein underlies the growing importance of Drive Thru market for the global neo-liberal expansionist policies. While we watch the puppets narrating the inspirational stories, the puppeteer aka market forces continue to expand their authority with small adjustments. Drive-Thrus are no longer part of a nostalgic past. They are one of the small but unignorable sins committed by the biggest climate murderers namely oil and automobile companies. It’s time to include Drive-Thrus to the discussions of sustainable urban projects and make them part of the history. 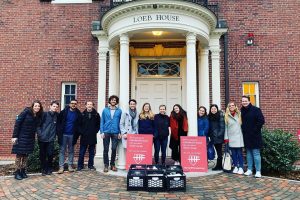 Students and Alumni Push a Reluctant Harvard for Climate Justice

“The Longer Term Continues to Look Bleak for Sustainable Tourism” 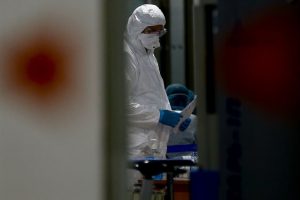 Basketball, COVID-19, Australia Bushfires and Future of Our Civilization